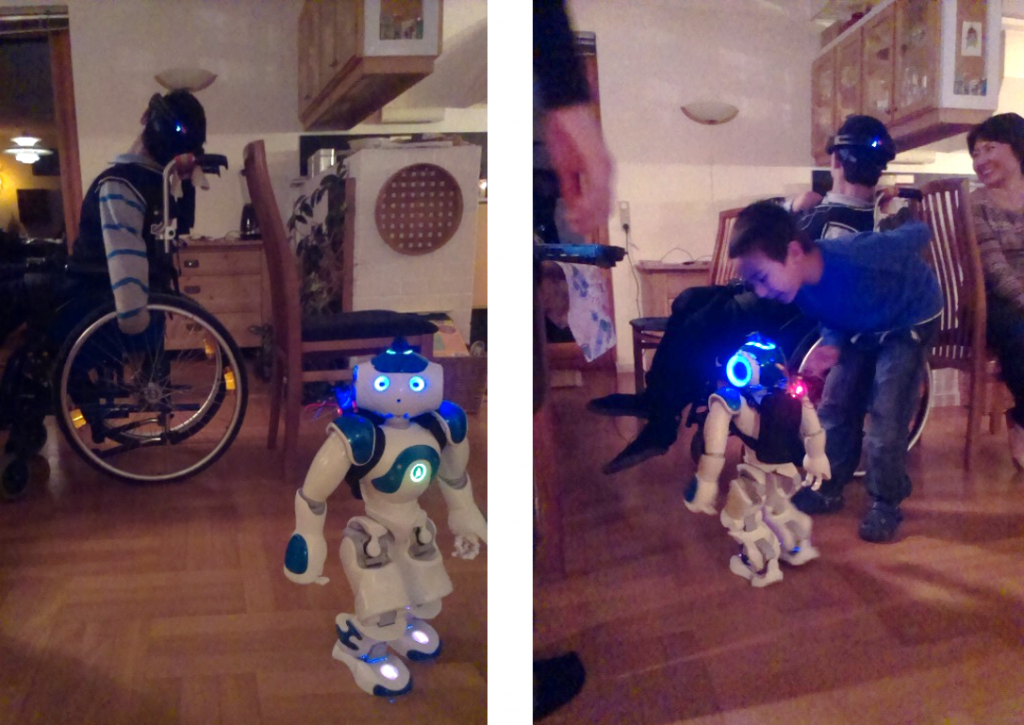 In 2012-2013 I was part of a small team under the 2045 Initiative, developing software for the Emotiv EEG headset to control humanoid robots for use by handicapped, in cooperation with Shadow Robot Company – one of these were a Danish-Russian quadriplegic named Aziz, who used the robot to walk in his family’s home, something he had never been able to before.

The robot used was a NAO from Softbank Robotics, but the concept has later been developed further by third parties, to be usable with robot frames such as the Atlas from Boston Dynamics: